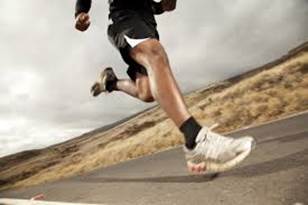 For hockey players in the southern hemisphere the hockey season has come around again. Clubs have begun their preseason training which addresses players getting fit to play. For individuals who have done little over the off season the obvious thing to do to get the fitness level up is to start running. In times gone by that used to be ‘chalking up’ the kilometres to build a strong aerobic fitness base. Unfortunately this premise is outdated. Therefore if you are still thinking kilometres then you need to read the extract from Lauren Penny’s blog below and make the change. Lauren Penny is a former International l player, leading hockey coach and blogger. She has her own successful coaching academy – Hockey Performance Academy.

Long distance runs simply takes a lot of time and you could be doing other stuff which would be more effective and take less time. Getting fit is not about how much time you spend training, it’s about doing what gets you the best results in the shortest time.

Fitness needs to be relative to the sport you play, forget what you have heard about building your ‘base fitness’ using long runs. Hockey predominately uses a different energy system than when jogging which means that you will very rarely run at a comfortable and consistent pace for more than 2 minutes. Hockey is more about short, sharp actions and movements which are done explosively and repeated over 70 mins, which is more tiring than running at the same pace for 30 mins. In short, running longer distances such as 5km is not going to get you hockey fit.

Longer runs to get fitter is a big myth that coaches and players still believe and many people wonder why they aren’t getting fitter or faster on the hockey field. Hockey is more a game of speed and power so without getting too scientific here, long runs use more slow twitch muscles fibres while playing hockey will use more fast twitch fibres. Studies have shown that long runs can in fact make you slower, now as a hockey player – you really don’t want that, do you?

Each stride that you take when you run puts 3-4x your bodyweight through your jointswhich means that there will be more force and impact through your joints over longer distances, which puts you at a much higher risk of injury. Often I find that players are not always strong enough to take that kind of load because they are not doing any strength training or not doing the right kind of training so they end up getting injured. Common injuries include knees, ankles, tendonitis, hips, back, shin splints, etc…

Most people will run their long distances either on a treadmill or outside. Although running outside is better because wind and weather conditions are taken into account, it’s still not relative to hockey because you are running in a straight line. Think of how many times you change direction in hockey (at least every 5-10 seconds)? Hockey is way more tiring and uncomfortable than running in the same direction for 30-60 minutes.

A lot of players say they don’t do extra fitness because they either don’t have time, find it boring or are lazy. The fact is that running at a steady pace for 30-60 mins is not good use of your time as a hockey player. It’s all about working smarter and making the most of the time you do have. Although some people enjoy the meditative state of long runs, it may be more harmful than good for your hockey.

Wouldn’t you prefer to train for less time, have more fun by making it more challenging and ultimately achieve your goal of getting fitter on the field?

So, what should you do instead?

Start by cranking up your intensity and train for less time. It would be better to train for 15-20 minutes using intervals and working at a MUCH higher intensity. If it isn’t uncomfortable after 10 minutes then it is too easy. At certain times of the year you need to also incorporate various types of change in direction too. A large part of this doesn’t even need to be running.

What happens you get fatigued? …. Mistakes! because fatigue affects your thinking so you must also include…

For some reason there is a huge myth that strength training is not good for hockey players, especially younger players, but that couldn’t be further from the truth. As a hockey player, it is crucial that you follow a structured strength & conditioning training program relative to hockey if you want to be stronger, fitter, faster and have a greater impact on the field.

More importantly, strength training will reduce your risk of injury and avoid those little niggles we all tend to pick up, especially towards the end of the season. DON’T just focus on training your legs but your improve your whole body strength including your core.