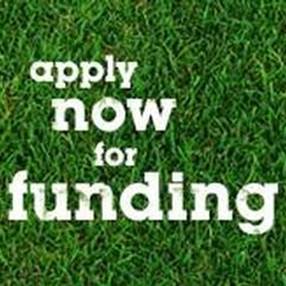 The two parallel articles found in ‘The Australian’ newspaper on October 25th heightens the problems non-professional sports (i.e. hockey) face if they are to survive against changing physical activity trends of our population to steer towards non-sport activities, and the monopoly of professional sports to ‘suck up’ possible business revenue contributions to sport, and receive the luxury of billions of dollars from governments to aid their facilities growth.

In ‘The Australian’ newspaper Australian Olympic chief Matt Carroll has urged the Morrison government to commit a further $60 million a year towards Olympic and Paralympic sport, warning current funding levels are condemning a once proud sporting nation to greater levels of obesity and “social mediocrity”. He goes on to say that if the funding dilemma is not fixed Olympic games results will suffer, leading to a decline in sport participation and relevance of the sport fade away. His comments followed an open letter by 40 of the nation’s sporting greats who are calling on the government to do something about it.

What was even more alarming about this article was the parallel article ‘Numbers dwindle on hockey fields’ by Chip Le Grand. The article painted a picture of how hockey (one of the Olympic sports referred to above) is experiencing declining participation numbers annually. “Every year, despite Australia’s fast growing population, the game(hockey) shrinks by about 1 %.’ The article features a stalwart Footscray junior coach, Brendan Sheehan, who through years of going into primary schools is able to put a stick into the hand of potential players. However the issue is keeping these players beyond a few years and creating funded pathways for talented players. Hockey Australia CEO Matt Favier knows this issue well. He highlights that because nearly every scarce high performance dollar goes to funding men’s and women’s national teams leaving none to develop up and coming talent.

This is so true at different levels. The Kookaburra and Hockeyroo players receive pittance for meeting full time playing commitments ($40,000 and $30,000 respectively because it is pinned to government funding performance results). This is absurd when you consider the commitment and effort requirements of these players, especially, when you consider the financial plush offerings of professional sports. This is evident with the exodus of female talented players to newly established women’s football codes.

Then it gets worse as you go down the ladder of up and coming talent. Matt Favier highlighted the plight of parents of talented players. They have to shelve out thousands of dollars to support their children’s representative aspirations. Speaking with parents of these children figures such as $20,000 and $30,000 were floated around as being the cost to support two talented children playing hockey. Then added to everything else there is the issue of rising cost of playing hockey itself for adults and children.

It sounds like doom and gloom when you consider the funding issue and it is. Government funding is one thing. Decreasing hockey participation numbers and consequently declining revenue from registrations another so the question then is, how do we find solutions to these issues?

What are your thoughts about this?

Here are some possible considerations.

‘Adopt a national player register’. The hockey and non-hockey community sponsor a national player or potentially national player. The sponsorship tree for each player may have many branches with contributors giving small attainable amounts but having many sponsors. Offshoots of this in marketing and sales are possible, connecting to the players social media accounts, wearing a replica of their playing shirt etc. Just how many players you have on the register is a further consideration.

Implement monetising strategies for a unified approach to social media across the nation. There is 191, 175 registered players (2017) in Australia. Social media is an ideal tool for marketing as well as news, information. Putting together a national strategic plan to best use these platforms for bringing income to hockey for all levels is certainly needed. This should include the monetisation of internet live streaming of hockey games.  It appears Hockey Australia is making inroads into this area of need. W3DIGITAL worked closely with Hockey Australia’s executive team to complete a detailed customer research which supported the development of Hockey’s digital strategy. This strategy included: review of current hockey landscape, participant needs, behaviours and motivations analysis, Digital initiative development and prioritisation, content strategy development, customer relationship strategy. Let the future unfold to reveal the fruit from this consultation.

Creating marketing tools for clubs and parents of talented players to utilise in attracting sponsors and delivering sponsorship returns correctly and ethically.

What are your thoughts about this?

One thought on “FEATURE: Sport funding crisis in Australia is ‘killing’ the hockey talent pool ”