The Hockey World Cup is the biggest prize and the most cherished victory in hockey alongside the Olympics. Many would debate it is way in front of the Olympics in a similar vain to soccer’s prized World Cup. Held every four years, the world’s greatest teams play some of the toughest, most skilful and entertaining international hockey imaginable. In 2018 the tournament was extended to 16 teams so there were more games to enjoy through four group stages, the quarter finals and classification matches.

It is a huge responsibility to put your hand up to hold a World Cup and then to implement it. The expectations are high and the stakes are high. The country holding the World Cup is showcased under many lenses form different stakeholders. In this writer’s opinion the bench mark for hockey was set by the Dutch who held the 2014 combined men’s and women’s World Cup in the Hague. What was on the hockey field was matched fully by the organisational detail off the field in attracting and meeting the needs of hockey stakeholders, e.g., hockey spectators, sponsors, media, players and managers, officials and non-hockey people who followed the event because of marketing. It was a seamless integration of on field and off field organisation and presentation.

In 2013, one month after the FIH published the Event Assignment Process Document for the 2014–2018 cycle, Australia, Belgium, England and New Zealand  were shortlisted as candidates for hosting the event and were demanded to submit bidding documentation, requirement that eventually Belgium did not meet. In addition one month before the host election, Australia withdrew their application due to technical and financial reasons. England was announced as host on 7 November 2013 during a special ceremony in Switzerland. Why is this significant? The reasons lie in the FIH requirements and the overall financial and human resource burden it would present. As such Hockey England became under the spotlight.

So how did the event go? FIH recently posted an article which was entitled ‘Top 5 things we learned from the Vitality Hockey Women’s World Cup London 2018’ If you have not read it this is it. 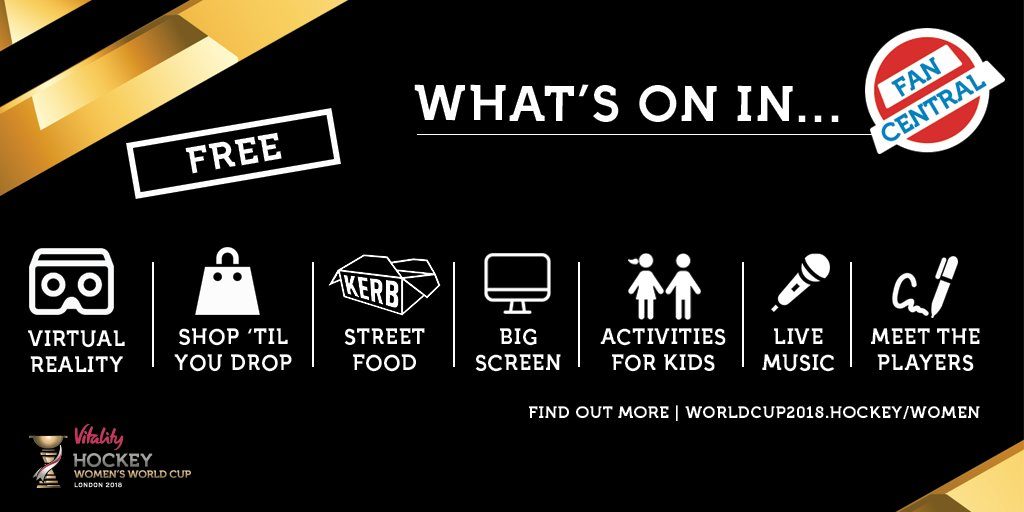 There is much to agree on in FIH’s synopsis and Hockey England are worthy of the accolades for undertaking an arduous task.  For without them there would almost certainly have been no World Cup. However there is one aspect of the event that FIH, as the governing body of the event,  need to address for the future. Coming out of the event are a number of disgruntled hockey retailers and perhaps food and drink merchants who paid big money to attend the event on the back of what was shared to them as expected. In particular the hockey equipment exhibitors who although they make their living out of hockey equipment they also support hockey in ongoing sponsorships. Therefore when they are given an opportunity like the World Cup to exhibit their equipment they do so in a passionate manner and at great cost of set up. Their expectations being that their booths would be populated with hockey fans that would like to no more about their brands and make purchases to offset set up costs. This is where the problem lied. The Fan Central was not located in an immediate accessibility from the ground and as the event progressed more and more it became obvious the number of hockey fans visiting the Fan Central despite Hockey England’s best work in establishing it as a dining, entertaining, meet the players, and trade exhibition hub did not live up to expectations. One hockey exhibitor was now destined to lose thousands upon thousands of dollars and not alone.

What was FIH thinking as the overseer of all Hockey World Cups? Did they not see why the 2014 Hockey World Cup event is the benchmark for a Fan Central location.  Maybe it was impossible to locate the Fan Central at the Lee Valley Hockey and Tennis Centre. For the rightfully disgruntled at surface level this is not the case. Transporting hockey fans in and out of matches needs to incorporate movement through a Fan Central.

If FIH are to develop a growth mindset when it comes to events it needs to listen attentively to hockey exhibitors, food and drink merchants etc. now so these people will not walk away from these events disgruntled because what was shared with them as an expectation was in no way reality. Certainly if this is to be a reoccurrence then make the FIH cost to them realistic.