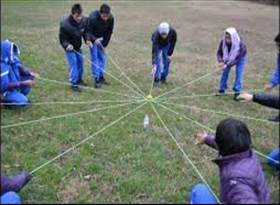 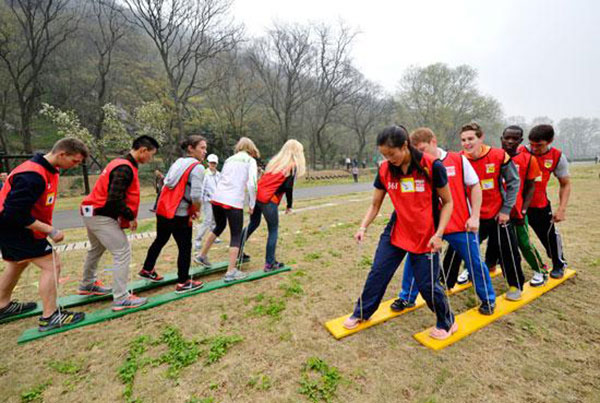 Within all teams there are players with different degrees of character traits, abilities and skills. However there is one thing that should unite them and that is they are a team. But over the years I have observed younger junior players with a high degree of ability ‘hog the ball’ to the extent where he or she would get the ball and dribble the ball through the opposition and even through his own team with the purpose of scoring a goal by himself. Sounds extreme or does it sound familiar but to a lesser degree with teams you have coached. As a coach the alarm bell goes off because the supervising coach or volunteer did nothing about it.

It does not have to be a junior game to see this negative trait. It is observable in adult hockey games. It is not easy to mould eleven or more individuals with different gifts, abilities, skills, different personalities, different learning methods, different personal goals, and different motivational triggers into a team. However evidence of the acronym T.E.A.M. (Together Everyone Achieves More) for this coach has been proven over many years. Therefore to achieve T.E.A.M. takes as much planning and development on and off the field as skill and strategy coaching does. It was the revelation of this fact that after many coaching years team understanding and bonding is a critical part of an overall coaching philosophy.

It is hoped by writing this article that coaches who do not engage in specific team building activities begin to explore its benefits.

Team building is a practice which focuses on strengthening the relationships and playing habits of players with the goal of increasing performance. There is a wide range of activities which can qualify as team building–anything from participating in a high ropes course to working to write a paper or letter as a group could be used as team building exercises. The thing all team building exercises have in common is that they involve getting all players to engage one another in ways such that each team member is an essential part of the whole, i.e., the lesser in the greater. Team building is supposed to make the team aware of the strengths and weaknesses of its members, as well as be critical of the ways in which the team attempts to carries out its goals.

Morale, Trust and Other Benefits

Team building exercises tend to build trust between players, which helps raise team morale. Apart from practical lessons learned during exercises, this fact alone may be the primary reason team building increases efficiency. Happy players who like and respect one another are usually more motivated and willing to work harder, often sacrificial through their efforts. This is witnessed through conscious or non conscious acts. Team building can also help facilitate more communication between players, as well as establishing better delegation of responsibility. When each player clearly understands his or her role, as well as the roles of everyone else and how they fit together to maximise team performance, they can more easily focus on their game performance and not self needs. Team building can also help establish which players have authority and the responsibility this entails in encouraging and leading others. The role of others is to listen and be also encouragers. Having co captains with overlapping authority can create problems if not instigated properly.

This game requires the cooperation of every member of the team. Using a large rope, the team leader must quarantine a circle at least 2.5 metres in diameter. This is the off-limits zone, and no participants can enter it. The larger this area is, the more challenging the activity will be. Place a small bucket in the centre of the quarantined area and fill it with balls, rocks or another object. This is the object that must be moved. A large bucket must be placed at least 8 metres away from the designated area.

Using only rope and a bungee cord with a hook, the team must hook the object and relocate it to the larger bucket. If the bucket or its contents touch a participant, that participant must be handicapped in some way. Tie the team member’s hand behind his/her back or blindfold his/her. Someone who completely enters the off-limits zone is disqualified from participating. If the team fails to relocate the object within the specified time limit, the team must evaluate their failure and try again.

Work as a team to name as many things as possible that reduce group effectiveness and productivity. For each item, throw an object into the field. One at a time, blindfold team members and have them try to navigate the field. If they touch a mine, they have to start over. On the second time through the minefield, allow the remaining team members to shout advice to the field navigator to help them avoid obstacles.

Weave friendship among team members with a simple ball of yarn. While standing or sitting in a circle, the leader should start by saying something kind about the whole team and tossing the yarn to a team member. Retain the end of the string. The person who catches the yarn must then say something kind about someone else and then toss the ball while holding a piece of the yarn. The activity should continue as long as possible. In the end, a web will be formed among all team members. Variations of this game could involve having team members state facts about themselves, such as where they were raised or what they enjoy doing, or by discussing their goals for the year as a team.

There are plenty of proven team building activities on the web to review and use.