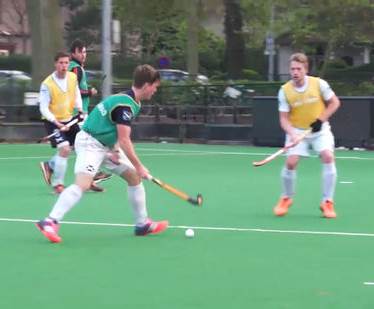 The ability of players to understand the importance of good space on the field is the major key to effective attacking and defending play. The more effective players can utilise space for themselves in attack and defence, whether that be when they have the ball in possession or getting themselves into space when they do not have the ball the better they will be. Effective hockey coaches teach players to understand how to look for space, create space, and mark space. Here are 5 key components of finding space, and some tips and drills to use to teach this important skill to your players.

There are 5 keys to finding space on the hockey field

Players must learn when, where and how to move off the ball. Encourage players to have their “head on swivel” and check what’s around them as often as possible. The very best players in the world have great awareness of what surrounds them, and this gives them a 360-degree picture of where players are and most importantly where the space is.

Checking runs will maximize the space available when you receive through disguising your intention. Teach players to move away from space first and then check back to the space to receive the ball. Moving the defender away from where they want to be and then suddenly checking back quickly will lose the defender to create the space and time players needed to control the ball and make decisions. This movement is also great for getting in behind defenders, showing short and bringing them forwards before suddenly checking and running into the space in behind.

The great Dutch player Johann Cryuff once said “I always look fast when I run first.” Timing of movement is a key part of finding space to receive the ball. If a player is waiting in space before the ball is ready to be passed there, then the defender will be able to read the situation and adjust.  Moving into space at the right time will maximize time and space by giving the defender less time to adjust to the situation. Players should read the game and wait until it is possible for the ball to be played before moving into the space to receive. It is a difficult skill to master but provides the foundation for all attacking and possession play.

Players should get in the habit of looking around them and having their movement on the field compliment the movement of their teammates. Advanced players and teams are constantly moving for each other, trying to unbalance opponents, pull defenders out of position, and create spaces for their teammates to exploit. Three of the most important relationships for interchanging positions are (1) between the forwards and midfielders (2) between the wide forwards and wide defenders and (3) between the centre forward and wide forwards.

Learning to recognize and take up good spaces takes players a long time to learn, and coaches should be patient with their players as they learn this difficult part of the game. Encourage your players to take chances and reward them for good attempts at interchanging play.

Some tips on how to coach players to find space: