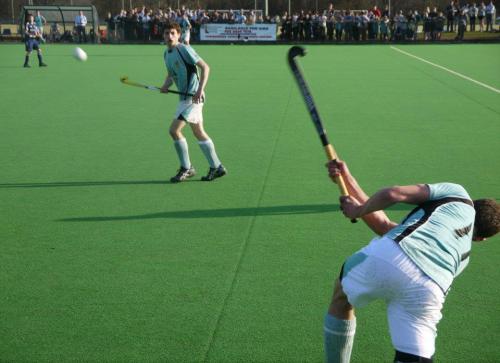 Go Hockey News respects the hockey rules analyst and blogger Martin Conlon. The aerial pass is an excellent skill if executed properly into space for an attacker but landing in player contested circumstances has its drawbacks based on the current rule. In this post Martin unpacks the Rules of Hockey 9.10 and makes valid suggestions for its improvement.

Players must not approach within 5 metres of an opponent receiving a falling raised ball until it has been received, controlled and is on the ground.

Action. Amend the Rule and write the other half of it, the making of an aerial pass.

Reason. 1) The Rule has not been amended since the time the most common reason a ball would be falling from above head height onto the positions of closely grouped opposing players was an accidental deflection off a player’s stick or foot or off a goalkeeper’s protective equipment (still a common occurrence).

Now the more usual reason a ball may be falling from considerable height is because a scoop pass, commonly known as an aerial pass, has been made. Aerial passes made over 60m are now made frequently in the men’s game and aerial passes in excess of 40m are common in the women’s game. But the control of the scoop or aerial pass is weaker now, when the aerial pass is much stronger and much more frequently used, than it has been at any time in the last thirty years.

It is assumed in Rule guidance that the maker of an aerial pass will make a pass to a player of his or her own team who is in clear space (is by definition an initial receiver) or make a pass into clear space for a team-mate to chase. (Previous guidance that a scoop pass should not be made to a team-mate when there was an opponent already within 5m (yards) of his or her position, which deterred the making of scoop passes to fall onto a contested position, because they would be immediately penalised as dangerous play, has long since disappeared).

One reason a foul by the player raising the ball to fall into a contested area, is not often considered in the current application of the Rule is a consequence of the past assumption that passes will not be made into contested areas. The other reason is a recent transfer of obligation (by ‘interpretation’ not Rule) to the team-mate of the player making an unsafe pass – a requirement, which is not in the Rule (but can be put into it) to retreat if within 5m of an opponent who is positioned where the ball will fall as the ball is raised or is clearly the first player to arrive at the landing point and is therefore the initial receiver.

The making of an unsafe aerial pass and bouncing the ball on the stick while running with it into the playing reach of an opponent, are the two major elements of “play leading to dangerous play” the second part of the Dangerously Play Rule.

2) The safety requirements of the present Rule “not approach within 5 metres…until it has been received, controlled and is on the ground” are too severe. 5m is a considerable distance to give to an opponent on a hockey pitch, and so the requirements are generally ignored or ‘interpreted’ in a bizarre way. Ignoring the conditions of the Rule is of course a cause of dangerous play occurring more frequently than it should because there is little or no penalty imposed: no deterrent. It is suggested that instead of ‘control to ground’ before an opponent can even approach to within 5m approach is permitted immediately the opponent has played the ball with the stick and the ball may be contested for once the receiver has played it twice with the stick or has moved the ball a distance of two meters.

These proposals are not ‘cast in iron’ useful comment or suggestions are welcome.

The ball is generally assumed to be falling from considerably above head height although there has never been anything in the Rules to suggest or confirm that assumption it could just still be falling ‘in the air’ i.e. be off the ground. Any ball that is in the air when it is possible it will be contested for by opposing players should be considered to be potentially dangerous.

Players must not approach within 3 metres of an opponent receiving a falling raised ball until it has been played by the receiving player.

The ball may be raised and become a ball falling from above the head height of players either as a result of a deliberately made pass or accidentally as the result of a deflection off the stick or body of a player. The rule as it concerns receiving and encroaching is applied in the same way in both situations. But, obviously, a falling ball which arises as the result of an accidental deflection cannot be penalised as the intentional making of an unsafe pass – a pass deliberately made to fall onto/into an area occupied by opposing players, which is a dangerous play offence – play leading to or likely to lead to dangerous play.

If the ball is scooped to fall onto the positions of close opposing players and the team-mate of the passer does not retreat or even contests for the falling ball, then both the passer and the contesting player will have committed an offence. The team-mate an encroaching offence and dangerous play – usually dangerous use of the stick. Penalty, for play leading to dangerous play, should be awarded against the player who raised the ball, to be taken at the place the ball was raised – and the same team player who illegally contested for the ball, should be awarded a personal penalty.

If the ball is scooped to fall onto the positions of opposing players and the team-mate of the passer does retreat as required the passer has committed an offence (play leading or likely to lead to dangerous play) but, as opponents have not been unfairly disadvantaged by it and can play on, there will be no reason to penalise that offence. No penalty: this is in compliance with the Advantage Rule

If the ball is scooped to fall to an opponent who is in clear space at the time the ball is raised and subsequently a player of the same team as the passer encroaches to within three meters of the receiver before the ball has been played, then only the encroaching player has committed an offence. Penalty at the place the ball was falling. Free ball against the team for the encroaching offence and a personal penalty as well if the ball was also illegally contested for.

The raising of the ball directly into the opponents circle will not be permitted if the ball crosses the circle line at above elbow height.

No player may play or attempt to play at a ball in the opponent’s circle while it is above shoulder height.

A player in the opponent’s circle may not in any circumstances approach to within 3m of a defender playing an above shoulder height ball until the ball has been played twice by the stick of the defender or been moved a minimum of 2m. For example: Following up on a high drag flick shot at a penalty corner and attempting to play at a rebound from a defender while the ball is still above shoulder height will be considered a deliberate dangerous play offence.

Any ball that is in the air, particularly in the shooting circles. when it is possible it will be contested for by opposing players should be considered to be potentially dangerous.

The bouncing of the ball on the stick when within the playing reach of an opponent has been covered in the suggested rewrite of Rule 9.9 The raised hit. 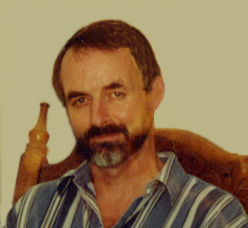