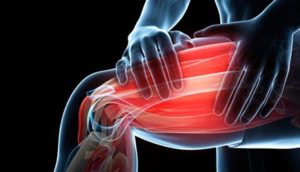 You may have never heard of the medical term, but you’re likely very familiar with delayed onset muscle soreness (DOMS), a condition involving muscle overuse that usually results from a single intensive exercise bout or . The discomfort begins at a muscle-tendon junction and spreads throughout the affected muscle. Soreness after almost any vigorous session of exercise is normal. DOMS is less common and probably indicates that you have stressed the muscle tissues beyond their normal capacity. DOMS hurts for a couple of days, but it’s not a serious condition and the symptoms will go away with rest. It is more prevalent during the preseason phase of the hockey season as one works hard to build your fitness levels to prepare for another hockey season. 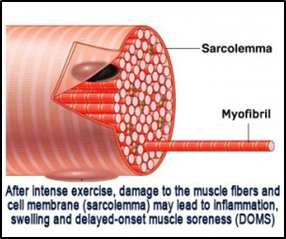 Even though DOMS is relatively common, very little is known about the mechanism of the injury. The damage caused by muscle-lengthening—the kind that happens in downhill running, when your arm descends during a bicep curl, or during the lowering phase of a push-up, for example—is thought to last one to three days, followed by a period of regeneration of muscle tissue.

The pain is a result of small tears in the muscle tissue and the inflammation that goes with torn muscle fibres. The more (or longer) you overuse the muscle or muscle group, the greater the tissue damage. There does not appear to be any connection between the development of soreness and the loss of muscle strength. The two problems seem to occur at different times.

DAY 2  DOMS pain is likely to be the worst during the first two days after exercising beyond normal capacity.

DAY 3-7 The number of days it can take DOMS symptoms to subside.

DOMS is not associated with any sport, but rather with athletes and exercisers in any sports or physical activity who train beyond their normal limits.

DOMS is a self-limiting condition that requires no clinical treatment. The person who experiences the condition should follow these treatment guidelines: 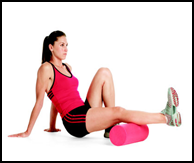 How to Avoid This Condition