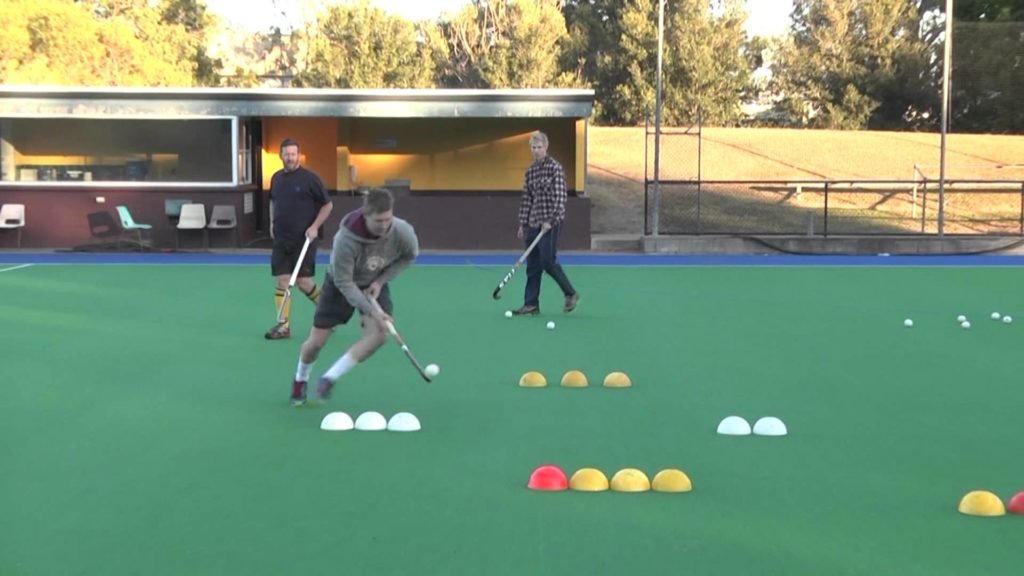 Over the last two decades there has been the emergence of a different range of player skills that are used in beat a player or shots at goal. In this article we look at three; Jinking, Squeezing, and Player Spin. It is suggested you review the video’s provided in combination with the player tips. Then practice, practice, and practice. When practicing do as a closed skill practice first (without opposition) then as an open skill (with opposition then in a game context)

Jinking is used so that the player with the ball can get past another player without having to go into a tackle. The normal jink is just like a little flick, which can be performed on both the fore-stick and the reverse-stick, but when combined with a drag becomes much more effective. When the jink is combined with a drag, the player drags the ball one way, turns their stick to lift the ball up with their sick and then drags the ball back the other direction again, before returning the ball to the ground.

Squeezes are one of the techniques used to beat a player. It is achieved by running past the ball so that the ball is slightly behind them, and then hitting down on top of the ball, making the ball rise and move forward. Care needs to be taken as hitting on the ball too hard can result on the ball going too high and too far. Note that squeezes can also be used to shoot at goals.

The best way to practice these is to set up a line of cones or a hockey stick to squeeze over, and repeatedly squeeze over them until you find what feels the most comfortable. Then get another player to stand there and try to squeeze over their stick while they try to stop you.

The key to spinning is getting the footwork right. Therefore practise the movement repetitively without the ball then add the ball after your movement timing is smooth.