Recently both the men’s and women’s Australian Masters Hockey Championships were played. That might seem to some of the younger generation like ‘oh yeah another year of old people pretending they can still play hockey’ but that could not be further from the truth. Masters hockey contributes strongly to what makes hockey as a sport for lifetime so special. 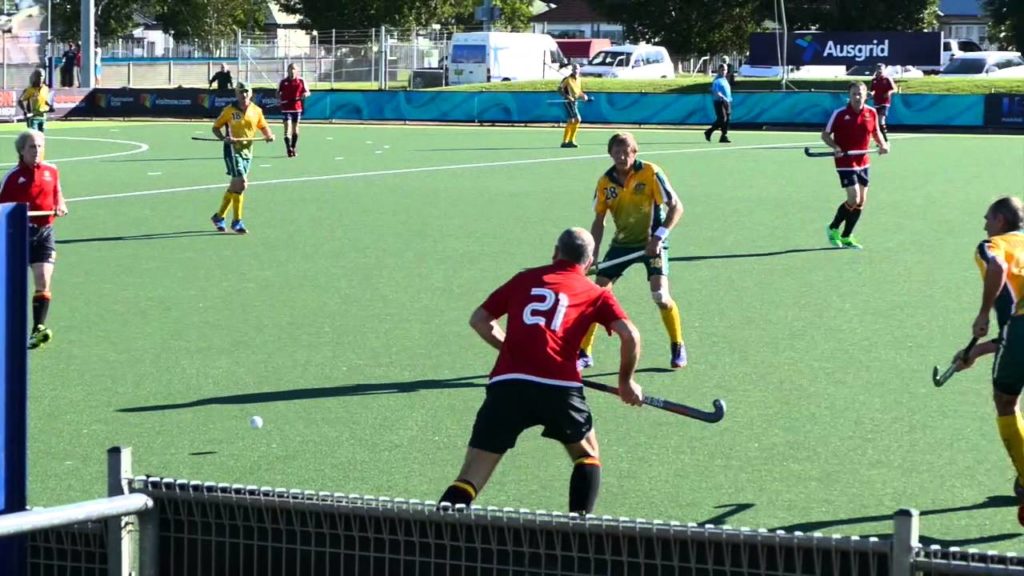 To watch an over 75 years men’s hockey match where State rivalry lifts the game’s standard to a new height is priceless. Then you find that there are hockey Olympians of yesteryear gracing this playing field it brings alive your kindred spirit  and provides a hope that you can continue to strive to play competitive sport for years to come.

To watch an over 35 years men’s hockey match is equally arousing as you witness how little players have lost in speed and skills from playing elite level hockey. The competitiveness in all age groups and divisions is grounded into the psyche of players on the field but off the field there is an interstate comradeship that is observable as teams share a yarn or two with each other in a post- game analysis while sharing a beer or two. It is now common to find that masters players are playing in their twenty plus years at an Australian Masters Championships. For some it is annual pilgrimage where players tow their caravans across the country to participate at the annual championships wherever the host centre is. These events now bring valuable tourist dollars to the host centre location. To hold a championship is now a result of tendering, which has resulted in Hockey Australia adding much needed additional income to run hockey in this country where sporting income for non-professional sports is scarce to find, outside of player registration fees. This year’s women’s event location was Western Australia’s cities of Bunbury and Busselton. The men’s event was held in NSW’s cities of Lismore and Ballina. The 35 participating women’s State teams and 79 men’s State teams expressed how much masters hockey has grown and the value it proposes to strengthen hockey as a sport overall. But it does not stop there. Opportunities for International masters competitions both at country representation levels, i.e., World Cups or designated sporting events like the Pan Pacific Masters which is seeing it participation numbers soar to 65 teams from both the domestic and international market competing. Also we are about to witness the inaugural 2018 Masters Indoor Challenge which will take place in Goulburn, NSW, from 14-16 December.

It is also observable how many of the masters hockey players, and let us not forget the umpires and officials, are also hockey administrators, coaches, organisers, managers, and volunteers contributing to all other levels of hockey organisational structure.

It is unique amongst all the sports to find something as valuable as masters hockey and as such there is a need for all levels of hockey organisation to value its contribution to the sport and that this contribution is valued by providing access for master’s hockey players to play in competitions a tuned to their age. In major cities where there are a growing number of masters hockey players. These players have the opportunity to compete against each other in formal competitions. In Western Australia there are many divisions of masters hockey playing on the weekends on grass as well as competitions that held on turf during the week evenings.  Reputably there are now over 300 players who gather mid-week during the day to play in a competition.

In regional locations it is unfortunate that masters players still need to play alongside youth players which can be frustrating. However the introduction of new game formats of hockey 5’sw and 9’s now open the door for astute hockey administrators to promote mid-week competitions for masters players. This is an opportunity that should be knocking at the doors of hockey administrators to grow the participation numbers. How?  Parents of junior hockey players who currently do not play hockey are potential masters players. With the new game format, especially of half field hockey 5’s it does not take much hockey development to get these hockey parents on the field and going and then….. they are away engrossed in their new sport even more. Yeah but…! No yeah but! This actually happened this year on the Gold Coast where a masters hockey fives was played during the week. The numbers grew steadily attracting both experienced players and new players to the game alike. The 5’s game format provided a competitive environment with experienced players mentoring new players, many laughs and experienced masters players getting valuable fitness and skill development needed as many were representative players also. What was interesting was the numbers attending the after game social chat, pizza and beer also grew, making the perfect ingredient for happy masters players.

So what can be done to further grow masters hockey. The start place is for hockey administrators to establish and build upon the inclusive nature of masters hockey as a critical part of the sport of hockey overall. Hockey Australia and FIH see this but it appears this has not filtered down local club competition levels as it is capable of. In the Australian newspaper 25th October the article heading ‘Numbers dwindle on hockey fields’ captures the issues facing hockey administrators regarding how hockey participants levels (191,175 in 2017) across the country are  shrinking by up to 1% annually. Yes having money to invest in the sport is a major complex issue that certainly needs a ‘think tank’ to begin to solve. However as the article refers to the problem is not getting them but it is keeping them. Hockey is a family sport with masters participation growing. Here lies a solution create viable promotional opportunities for growing masters hockey to attract new mature age people (e.g.,non-hockey playing  parents of new junior participants and sports lovers who are now too old to play in their chosen sport to give hockey ago). This will strengthen hockey as a family sport, keep juniors in the game and increase the volunteer base for hockey development.

Masters hockey gets better and better, an opportunity knocking." data-via="" >

2 thoughts on “FEATURE: Masters hockey gets better and better, an opportunity knocking.”