The annual FIH Hockey Stars Awards are the most prestigious for the global hockey fraternity. For those aspiring players who dream of being the best the final players chosen as the FIH male and female player or goalkeeper  of the year are the elite of the elite.

What is noticeable missing this year and sad is that there are no Australian men or women who have been nominated. In fact if we take the whole of Oceania into account there is one sole nominee, that of Stacey Michelsen (NZL) who lines up for the FIH Female Player of the year.  A  big cheer for Stacey!

Five male and five female nominees have been selected for each award. The Player, Goalkeeper and Rising Star awards were selected by a panel consisting of the FIH Athletes’ Committee, Continental Federations, coaches and media. All awards are based on performance at international events during the 2017 season, as well as the player’s overall contribution to the sport results. An online vote that is open to the public and a peer vote from international athletes. 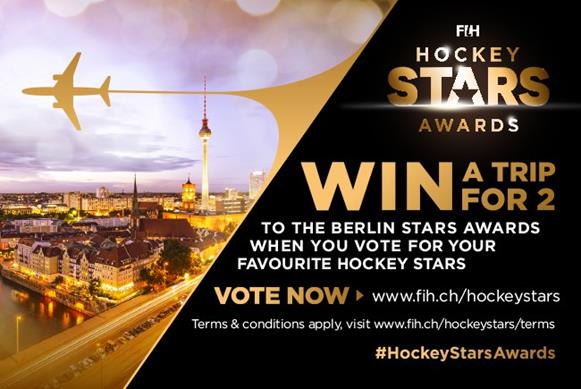 The public can vote for their favourite hockey players here. The vote closes at midnight (Central European Time) 14 January 2018. What is also exciting is that by registering you r vote you are also in the draw for a fantastic prize that takes you to Berlin for the awards and also be part of the 2018 World Men’s’ and Women’s’ Indoor Cup.

Who are this year’s nominees?
PLAYER OF THE YEAR NOMINATIONS

GOALKEEPER OF THE YEAR NOMINATIONS

RISING STAR OF THE YEAR NOMINATIONS (Players aged 23 and under)

So if you live in the Oceania region let us band together in nominating Stacey Michelsen (NZL) for 2017 FIH Female Player of the Year.