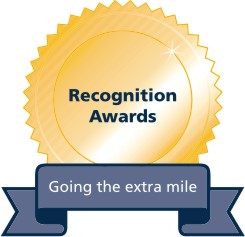 In recent weeks there has been public recognition of hockey people who go the extra mile by devoting their time to their precious sport hockey. We are grateful that more hockey associations have the ability through using web and social media to acknowledge their efforts that may otherwise not make it to the front page so to speak. In this article we have compiled a synopsis from Hockey Australia and Hockey New Zealand news hockey personnel who deserve to further acknowledged for their above the norm efforts.

First there are those special people who have been recognized in the 2018 Queens Honours which are a public recognition initiative for all Nations of the Commonwealth. Hockey personnel in the Southern Hemisphere who featured in this year’s awards were

New Zealand and Tauranga’s Gill Gemming has been recognised as an Officer of the New Zealand Order of Merit (ONZM) in this year’s Queen’s Birthday Honours. Gill was nominated for her work with Tauranga Hockey Association as president, board member, coach and manager.

She is currently developing the Hockey Without Limits programme for those with disabilities and was instrumental in setting up hockey in Tauranga in 1992. Gill continues to act as a huge advocate for hockey in the Pacific Islands and still serves as Continental Development Officer of Oceania Hockey.
On top of that, she has coached Masters teams at local and international level since 2000 and will lead the New Zealand Over 55s Women at the Masters World Cup in Terrassa from 27 July-5 August.

Gemming said she was honoured and accepted the award on behalf of “the many volunteers that run our sport in New Zealand”. As a child, Gemming played many sports “but hockey was the one that really caught me. So I’ve played from a junior level right up to a senior level but it was probably coaching which became my passion”. Coaching was rewarding and it was particularly heartening to see young local players evolve into New Zealand representatives on the world stage, she said.

Ms Janice Hadfield, Mr David Hatt and Mrs Marina Laverty were recognised by the Order of Australia for their meaningful contributions to Australian hockey.

Jan Hadfield has become a Member (AM) in the General Division for significant service to hockey as an international umpire, and to professional development of officials. She served as an official at international level for 32 years. During her long career Hadfield was a World Panel umpire who officiated at a number of international tournaments including the 1988 Olympic Games and the 1990 World Cup, and then as an FIH umpires manager at a number of world level events including the 2004 and 2008 Olympic Games. Hadfield has worked on a number of officiating panels, committees and councils, working to develop the art of hockey officiating. In 2006 she was awarded the Guust Lathouwers Memorial Trophy (awarded every two years for outstanding service to the development and promotion of umpiring) by the FIH.

David Hatt, formerly President of HA, received his AM for significant service to hockey as a senior administrator, to Australian Rules football, and to sport in Western Australia. A former hockey player, coach and manager with Western Australia, he previously served as Executive Director and Chief Policy Advisor in the Western Australian Government’s Department of Premier and Cabinet from 2003 to 2008, and as Chief Executive of the Fremantle Football Club from 1994 until 2001. In hockey, in addition to his involvement in nine national championship winning Western Australian teams, Hatt has represented Australia at Masters level and has served as Team Manager for the senior Australian men’s national team, the Kookaburras.

Marina’s comments are notable. “There’s been a lot of changes with hockey, both growth and fall,” I’m from a multicultural background so it wasn’t a norm at that time. It was a family thing, all the girls in the family played. I enjoy the game for what the game is, I don’t make it too complicated. As low socio, you never really got a chance to go places or meet people with your parents, but the sport gave me opportunities to do that. Some of the players I played with when I was younger and travelling to tournaments, their kids are actually playing now. There are a number of generations that are actually involved. The game is about the people you see, the people and the kids that develop. I love seeing a kid’s face change and their parent’s reactions as they become able to do something and enjoy something.”

Also there are two other people who have received public recognition as part of the Hockey Destination National Hockey week implemented by Hockey Australia.

Paul Mackereth hails from the Horsham Hockey Club in the Wimmera Hockey Association, Victoria. He is much loved an integral part of the club. Paul has been a part of our club for over 10 years. He has taken up many roles in our club; player, President, Vice President, Treasurer and now currently Secretary. His other duties include: Grants Officer and Association Club representative and Canteen Manager. He has captained and mentored the Men’s team and Coached- Men’s & juniors over the past 6 years. He is very passionate about hockey. He loves playing on the field and puts in 100 per cent effort each game. His dedication to the club is outstanding and he is willing to go beyond his role to ensure that the grass roots level of hockey in Horsham thrives. He has produced a Club strategy plan to ensure our club has a direction and will be sustainable in our region. He ensures all members have the opportunity to have input into many clubs decisions and always keeps them informed. Paul recognises and celebrates the input from club members, no matter how big or small as a significant contribution to our club. He definitely believes in our motto ‘sticking together’ to build a safe and family friendly club.

Our next hockey person worthy of recognition for 2018 is the late Val Gregory who spent 64 years involved with sport in Orange, NSW. “Few people contributed as much to hockey in the colour city of Orange NSW as Val Gregory did in her 64 years of involvement. Val Gregory, played, coached, volunteered, administrated and supported hockey from 1954 onward and was a life member of Canobolas Hockey Club, Orange Junior Hockey Association, Orange Women’s Hockey Association and Orange Hockey Incorporate too. She was also a winner of Orange City Council’s Australia Day Sporting Personality of the Year, in 1985, and was presented with Rotary’s Community Sporting Award in 1993. Testament to her giving nature and passion for the sport, she donated the $3000 she won from the latter to fund a new grandstand at Orange Hockey Centre.

Gregory played in and for the colour city for decades and coached and managed club, school and representative sides at just about every level imaginable as well, but more recently turned a lot of her attention to Orange’s Master’s program. Each year she almost single-handedly organized four women’s master’s sides to contest the state championships, which inevitably seemed to end in a title being brought back to Orange.

We thank and acknowledge both Hockey Australia and Hockey New Zealand News and associated press based articles.