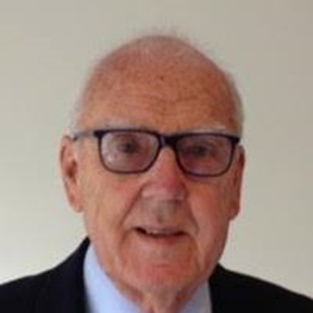 Global sports are moving through changing and challenging times successfully or unsuccessfully. It is difficult to remain at the status quo. Sports are competing against each other for participants, much needed financial injections to solve rising costs, meet elite sport competition requirements and steer the ship towards obtaining a professional sport status. Professional, media backed sports like football do not have to struggle like hockey when it comes to sport commercialization. They have the resources to attract and facilitate changes to their product. Unfortunately hockey, although in want of need, still have to compete against sporting institutional changes, particularly those relating to competition formats that are implemented to cater for the changing needs and desires of participants and followers of hockey globally, e.g., sport as a commodity of entertainment, excitement and spectatorism is one reason.

The 2019 introduction of the global Pro League is one such strategy to grow hockey. In this article Dean Kuhl, hockey commentator and bloggist shares what hockey now offers existing and future players and followers in terms of what is the hockey product. It is a great synopsis in which it is believed hockey management should review with an open approach in order to shape competition formats that best attract and suit their hockey clientele so that the future of hockey as a sport is ensured.

There are many ways to play hockey either for competition, for fitness or simply for enjoyment – ranging from the traditional outdoor game, through to indoor and beach hockey, to just hitting, stopping and passing for relaxation and fun – to mention a few.

Below I have outlined a comprehensive series of options using a format that will allow clubs and associations to select commentary for inclusion on their websites.

Engage in Hockey – one of the world’s top team sports

Hockey is a game for everyone to play, enjoy and love.

Whether you practice shots in the backyard or compete with the best, we are present to help you engage in hockey. The game is renowned for its skills, speed of play, the supreme artistry of the top players and the adrenalin and excitement it generates in its fans.

The men’s and women’s international Pro League competition starts in January 2019 in the southern hemisphere before moving north across the equator for completion of the home and away series followed by finals in June. Many more people are destined to engage in hockey as players, participants and followers. Compared with all other world sports, the Pro League will offer a competition that will be unique amongst all its other international sporting competitors. The Pro League will merge into the current Olympics and World Cup programs for hockey.

Many of these tricks can be taken on board as in- between match activities that become part of the regular outdoor and indoor set of hockey programs. They add to the overall hockey spectacle because they can be interesting and enjoyable.

These can be presented as interludes during daytime or evening hockey matches. They would be fun competitions where people are engaged in performing especially interesting tricks. For example, the fastest to dribble past a series of cones, running while bouncing the ball on a stick and catching an overhead pass etc. The number of possibilities is endless.

It would be relatively easy to create a local ‘craze’, especially amongst the younger brigade. If the idea is appealing enough it will rapidly ‘take on’ and spread out to other places (say, like what happened with the various Yo-Yo crazes)

Both the participants, and those looking on, will love what they see and experience.

FIH 5s has been trialled at the Youth Olympic Games, most recently at the 2018 YOG held at Buenos Aires. To see the game in action, search FIH 5s videos on Google.

The objectives of the program are to, “Win the hearts and minds of young fans, create immense value for our sport and new commercial opportunities and increase worldwide participation”.

The world’s best players will be involved in what will become a world class professional sports competition.

FIH has called for agencies to tender for the hosting of the FIH 5s program globally. FIH 5s is designed to become a major player on the international sports scene.

Dean Kuhl is renowned in South Australia for his love of hockey. Each year Hockey Supporters SA holds an Annual Dinner. These commenced in 1991 after the re-formation of the Club. The purpose of the dinner is to provide an opportunity for members, friends and old team members to have a meal together and maintain friendships made through hockey. It is also the occasion when Hockey Supporters SA has the opportunity to recognize, encourage and provide support to young potentially elite hockey players and umpires, and in the future young administrators &/or coaches. In 2016 Hockey Supporters received funds for a Perpetual Award to be named The Kuhl Family Scholarship. This award provides a professional development opportunity in Hockey Coaching for a chosen benefactor. Dean presented the 2018 award.

What is the extent of the hockey product choice according to Dean Kuhl. " data-via="" >