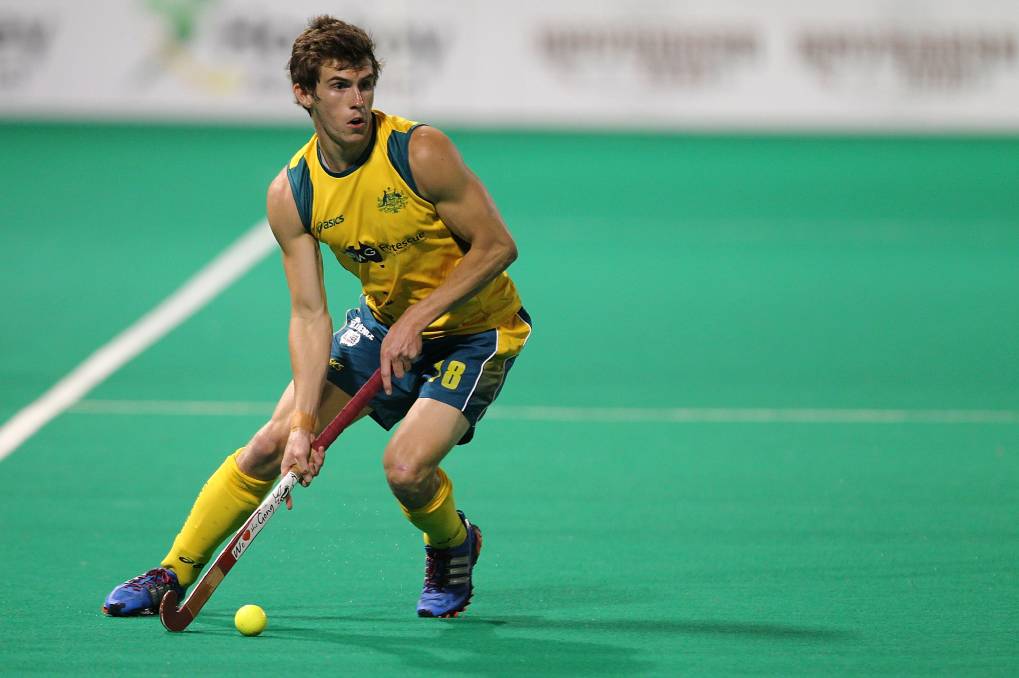 Illawarra’s Kookaburra Tristan White withdrawn from the Australian senior men’s hockey squad has meant he will miss this year’s World Cup (arguably the most prestigious event on the hockey calendar) in India in November. The 28-year-old, who hails from Wollongong who has been based there for the past two years, made the decision to step away due to being unable to fully commit to the Kookaburras programme ahead of the 2018 World Cup in November and December.

White made this decision last week in the wake of the arrival of his baby girl and his family and financial duties. “It was a very tough decision but ultimately I’m happy that I’ve made the right one. I want to enjoy the time with baby Lexi and Lauren and cannot commit to the rigours required for the Australian team” said White.

This decision may seem straight forward but what is brought to light is the ‘rigours required for the Australian team’. Representing your country is a dream come true. Winning a World Cup or Olympic Gold Medal is unimaginable. Tristen was so close to going to his first World Cup which is in November 2018 but chose to pull out. Although his decision according to Kookaburras coach Colin Batch was fully understood this writer cannot help but suggest are we putting too much stress on the rigouress requirements of Australian hockey players in terms of being part of the AIS in Perth in which they are away from families or camps in which these hockey players can no longer live with the poor income they get for the sacrifices they make. Consequently when they chose to be married, have children, live away from family for long lengths of time, commit to a home mortgage, seek to go forward in a job while representing their country (because there is life after hockey and hockey does not pay the bills) the pressure upon them compounds until they are in a decisional position of walking away from the national team prematurely. Or because of their desire to meet both their personal commitments and still train hard under different circumstances than those chosen as ‘plan A’ by hockey management are then shunned from further team selection.

Over many years there have been instances of this occurring. One in particular was the suspension of Kookaburra stalwart Troy Elder. Australian hockey player Troy Elder was suspended for 12 months and missed out on the 2006 Commonwealth Games in Melbourne after a row over his overseas playing commitments. Elder said he had been suspended by Hockey Australia for opting to play in a competition in the Netherlands rather than represent Australia in a six-match invitational tournament in Malaysia at the time. But he said the decision had been forced on him because it was the only way he could make a living from the sport which has seen him represent Australia at the Sydney and Athens Olympics. “We do have a commitment with the Australian team, but our livelihoods are at stake here as well. We don’t get paid huge amounts of money in Australia to play hockey. Most of us have two professions – we’ve got to work or study and also play hockey, but over here, I can concentrate on training and playing” he said.

More recently Kookaburra stalwart Matthew Swan missed the 2018 Commonwealth Games due to family and work commitments. What is evident is there is no doubt a high price to pay for being part of the Hockeyroos or Kookaburras teams.

The players chose to either do it or not. There would be undoubtedly being no regrets about  their decision to fulfil their dreams. However the question here is their interests fully accounted for in management decisions and requirements made. What is being posed here do Australian teams need to be involved in so many international games outside of the premier international hockey events (e.g., World Cup, Olympics, Champions Trophy, Hockey League) especially when playing international teams that are considered more lowly ranked. Surely being involved in domestic competitions which are mostly of a higher standard than lower ranked international teams they have to compete against or playing in high profile semi- professional leagues where they can bolster their income to supplement what Hockey Australia cannot provide, or being able to be less away from developing necessary post  hockey vocational careers or being less away from family by having to locate themselves in AIS centre of Perth.

The solution lies in having a balanced approach to being selective in accordance with international hockey demands, choosing the ones that really count; looking to the long term health of the player; looking to ensure these players do not leave their hockey representation and being so far behind their friends and family because of the inadequate income they receive that is catapulted by the fact they are still finishing off vocational qualifications which would have normally been done ( not finished / no income).

There is the ongoing debate about the location of the men’s and women’s Australian hockey squads which have been based in Perth. It is good this debate continue because it monumental commitment of players to sacrificially leave behind family or be forced to bring them with them, vocations, and financial obligations to meet the ‘rigours required for the Australian team’ to the point where they can no longer do it, e.g., Tristan White. Surely a decentralised approach to training which is under the sovereignty of the Australian coaches with then the  need only for centralised training camps before major events is to be considered. It also pushes fringe players when they train alongside  Australia’s best. However most importantly in this way a player’s overall welfare and needs are best assured and as a coach this is paramount for success

Is Australian hockey management doing its best for our national players? " data-via="" >

One thought on “FEATURE: Is Australian hockey management doing its best for our national players? ”