2018 marked the last AHL competition in the current format as we know it, which is the highest form of national representative hockey in Australia. Hockey Australia in consultation with all selected stakeholders took an all important step to showcase national hockey in a revamped format this year including home and away matches before a final series to lead into a ‘new’ league in 2019. 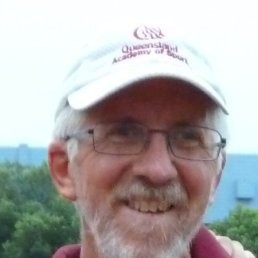 In this article we view 2018 AHL through the lens of a respected ‘hockey addict’, Greg Richards. Greg who hails from the Sunshine Coast in Queensland is well known in hockey circles as being highly credible. He started playing around 5 years of age, played at AHL level, and still involved in the game today playing Australian Masters nearly 60 years later. Over that time he has been involved with coaching for over 45 years at all levels from juniors to masters to high performance in both men and women as well as being involved with clubs, Associations and our State body in various administration roles.

Greg takes us through his journey in looking at 2018 AHL in terms of why it was needed, what was done, what was the result, and now the future. The below are extracts and thoughts from Greg’s discussion papers.

Why it was needed

We have a game that has continued to change with the times (rules) and is played around the world and very competitive in most countries. It can be financially rewarding in a number of countries for both players and coaches. Unfortunately Australia is not one of those countries although we do have players and coaches who derive an income from the sport at various levels.

We have never been in a position to compete against the various ‘professional’ sports we have in Australia. We do however continue to punch above our weight on the international scene. Our development over the past 30 years has seen us rise to the top in both the men & women and consistently maintained that level given our geographical disadvantages and the increasing competition for athletes to play our sport. This competition is becoming harder now with the introduction of more professional women’s sports. Netball were the leaders but more recently Rugby 7’s, Soccer (as we like to call it ) and last year AWFL started. Rugby league has announced their competition will commence soon. Competition for athletes will only get harder and we have already seen a few ex hockey players join other sports.

We have been referred to as the ‘family’ sport; play it for life if you wish and a lot of men and women have and still do. You only have to participate at a Masters National Championship to see that. Players from over 35 to over 75 still involved and still very competitive, yet playing for the enjoyment our game brings as a team sport.

Once we could claim to ‘play an Olympic sport’ but that has changed with a number of other ‘team’ sports now also part of the Olympics. Hockey’s participation at the Olympics is under threat due to the costs of facilities and number of players /officials required to send teams but we offset that by being one of the highest spectator sports at the games. We do need to keep ahead of the pack and I think we’ve done that with innovative rule changes over the past 5/10 years to make our game more viewer friendly. A recent article following the recent FIH congress the new CEO Thiery Weil ‘dispelled all speculations if the Hockey 5’s will replace the traditional 11 v 11 format for the Summer Olympics and neither FIH or the IOC have any such plans. However the Hockey India League is due to return in 2019 as a 5-a-side competition between November and December.

The revamping the AHL was a necessity; how the format will best suit hockey in Australia going forward remains the question.

“The introduction of rule innovations in 2018 are with a view to creating more ‘celebratory moments’ and excitement for the fans. Favier said: “We want to celebrate what will be the final running of the current, traditional AHL but also test and trial some of the new game innovations that we intend to include in the revised league model for 2019.”

These rules will include:

The finals of the ‘last’ AHL has recently been completed on the Gold Coast and provides me with the opportunity to add my thoughts.

What I enjoyed: Highs

I attended the match in Brisbane the previous week and thought Hockey Queensland did a tremendous job on the presentation of the game. The atmosphere was good and the crowd seemed to get into the spirit of the occasion. Given it had been so long since an AHL match had been played in Queensland might have had something to do with it.

It was also the first time I had the opportunity to view the ‘trial’ rules first hand.

I attended the 3 days of competition on the Gold Coast and watched most matches where possible moving from one field to the other.

have and the speed of the game made even the lesser teams enjoyable to watch. Our women’s game is still lacking in certain keys areas (particularly genuine goal scorers) but still provided the opportunity to watch our elite players in action. It will always be difficult to compare the 2 games. As I highlighted in the early part of my discussion paper the women’s game is under immediate treat from the various professional sports now offering pathways for women.

Congratulations to Hockey Australia for highlighting the 1988 Gold medal winning women’s team on finals day. A remarkable story for this group of women and off field staff who enabled the sport to progress to the level we enjoy now. Also it was encouraging to see that the AHL finals were live streamed for free, as this makes hockey truly accessible to all and a wonderful opportunity to ‘value’ showcase Hockey’s sponsors. It is my understanding that in 2019 games will be shown on Foxtel which is good but it would be helpful if some games were live streamed for reasons stated.

I spoke with many different people on the Gold Coast as well as hearing comments and found it difficult to find someone who enjoyed the music playing constantly while trying to watch matches. Brisbane limited the addition of music to key times during the game or between games which was far more palatable. It also added to the atmosphere for goals, PC’s or even a player being sin binned with appropriate tunes.

Given we play 15 minute quarters not stopping the clock on PC’s meant we lost more playing time every time a PC was awarded. I have previously written an article regarding drag flicks. In summary it is the only skill in our game that requires players to put on safety equipment to combat the skill. If we want more goals and speed of play alternative set plays could be used taking the perceived danger from our game. A few years ago the 9’s series held in Perth had some experimental corners that used the skill of the game and led to some great goals being scored.

My personal view on the shoot out after a goal stops the flow of the game (even if for only a minute). We have always had lots of goals scored but rewarding a team for taking a shoot out seems to detract from the game. If we need the practice so we are better at International level I’m sure we can find other ways of doing that. I would rather see more field goals so increase their value (as they did for the HIL)

Having a shoot out to determine a winner so we don’t have a draw or deciding final placings is not a problem. Having a ‘pump play did little to get me excited. It takes 2 to tango so unless both teams have an incentive to do something different nothing will change. I’m sure if you canvased the coaches they would agree, depending on the state of the game what tactics they might employ for the 5 minutes.

I’m a fan of drop offs (over shoot outs) and would rather see numbers reduced (9 to 7 – to 5) to create more excitement using the ‘game’ as the key to get a result.

Again in my contact with a range of people I found it difficult to find a former player who enjoyed the ‘trial’ rules. We need these people coming to our game first and foremost and then ensure we have the product to market the game and attract ‘new’ followers to the sport.

After much interaction at a range of levels I do get the point that Hockey Australia wants a ‘commercial’ product to promote the sport. What has not been made clear is how that is being communicated and how we ensure it’s not at the expense of our high performance program.

States were without their International players for part of the AHL due to an Australian Camp which may have impacted on some early results for teams. Yes it provided the opportunity for additional players to play but we lost the impact of promoting our ‘best’ players in action until the final series. Although the intentions of the Australian camp may be right it certainly appears to undermine the place and value of AHL.

The papers and social media have been full of comments looking ahead to 2019 and the relaunch of a ‘new’ league including rules that were on trial in 2018. Where is the consultation before make these decisions?

Have the States been given an opportunity to review the 2018 AHL and provide feedback? Have the National Coaches been consulted to ascertain their needs for major tournaments – World Cups / Olympics etc?

If the ‘new’ league is to be the commercial product for our sport is there an additional tournament for HP and selection purposes?

Then we consider Pro League due to commence in January 2019 and run for around 6 months adding a whole new unknown pressure on the National programs. Will our elite players be available for the ‘new’ league later in the year? Add the Hockey India League and the opportunity for players to receive an income over that period and we could be left will little to promote if our best are not involved.

We are struggling at State level to get our best players playing our premier event, Super League now. The cost of the relaunch will impact on every State participating with new City based teams, uniforms, etc as well as every player somehow. Then we add Pro league and hockey is heading into very unchartered waters financially in the next 12 months.

2 thoughts on “FEATURE: AHL 2018: The highs, lows and future for elite hockey in Australia”